Here is a quote from the famous physicist Sir Arthur Stanley Eddington:

At the most basic level, group theory systematizes the broad notion of symmetry, whether of geometric objects, crystals, roots of equations, or a great variety of other examples. For example, the picture at the right is a buckyball, technically a truncated icosahedron. It is the familiar shape of a soccer ball, made up of regular pentagons and hexagons; it is also the shape of the carbon molecule C60, whose discoverers received the Nobel Prize for Chemistry in 1996. The group of rotational symmetries of the buckeyball is the alternating group Alt(5), with 60 elements. It is an interesting exercise to determine the axes of rotation of the symmetries and then to enumerate them. One way to do this in practice is to use the computer algebra system GAP (www.gap-system.org).

Our group focuses on the study of computational aspects of group theory. Moreover, GAP and in particular its databases for groups are used as an integral part of the graduate courses in order to give students hands-on experience with abstract algebraic concepts. 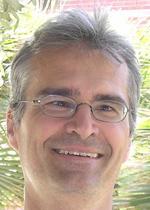 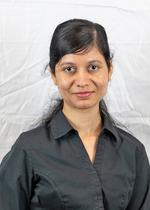